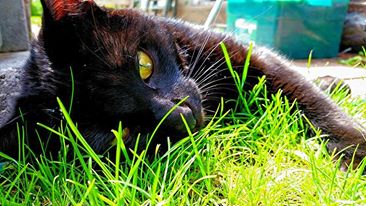 I know, right? I’m super original with my black cat named Binx. His name is just a nice little nod to my obsession with Disney, witches, and cats. I have three cats total–Binx, MacKenzie, and Adso. I’m introducing Binx first because he’s my oldest, and the one I adopted first, technically.

Get ready for an intense cat photo-dump, by the way. 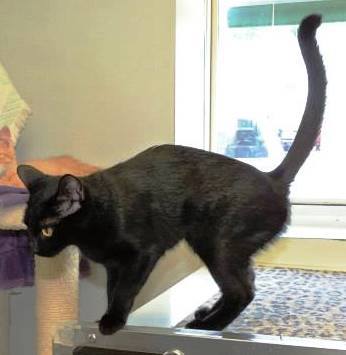 I adopted Binx and MacKenzie together at my local animal shelter when I found my first apartment. My move in date was October 5th, 2013. On September 23rd of that year, I found Binx at a local shelter. His name, at the time, was Shadow, and he was about 6 months old. This is the listing photo they used online for him!

I knew I wanted to adopt two cats because I wanted them to be bonded to one another and to be able to keep each other company (and out of trouble) when I wasn’t home! So, my two sisters, Rebecca (older) and Courtney (younger) and I went to the shelter together. I knew that I wanted a black cat. I have always loved black cats. Growing up, we had two cats. Rebecca had a fluffy grey cat named Gizmo and I had a short-haired black cat named Homeless.

Gizmo’s name should be obvious–we were kids of the 80’s and Gremlins was a favorite. But why Homeless? Well, my Rebecca and I were evil children and when we found him outside as a kitten, we brought him in, fed him, and told our father that “We named him Homeless.” Yep, we emotionally manipulated our poor father into letting us keep the cat, and unfortunately for Homeless, the name stuck.

Anyway, when I met Binx, I knew immediately I had to have him. He was adorable, sleek, and incredibly sweet. The whole time I was in the shelter, he was trying to climb me and never wanted to be put down. He just wanted to be held, and pet nonstop. I, foolishly, thought this was adorable. This was the photo, and caption, I uploaded to Facebook after I adopted him:

That same day, I found MacKenzie as well. I’ll tell her story in another post, but obviously, I have to mention her here. She was almost 7 weeks old when I officially adopted her, but since I wasn’t moving into my apartment until October 5th, the shelter kept them until that day. By the time I took her home, she was 9 weeks old. MacKenzie and Binx had not actually met each other at the shelter yet, so the volunteers there were kind enough to do the introductions for me. They quickly bonded to one another. 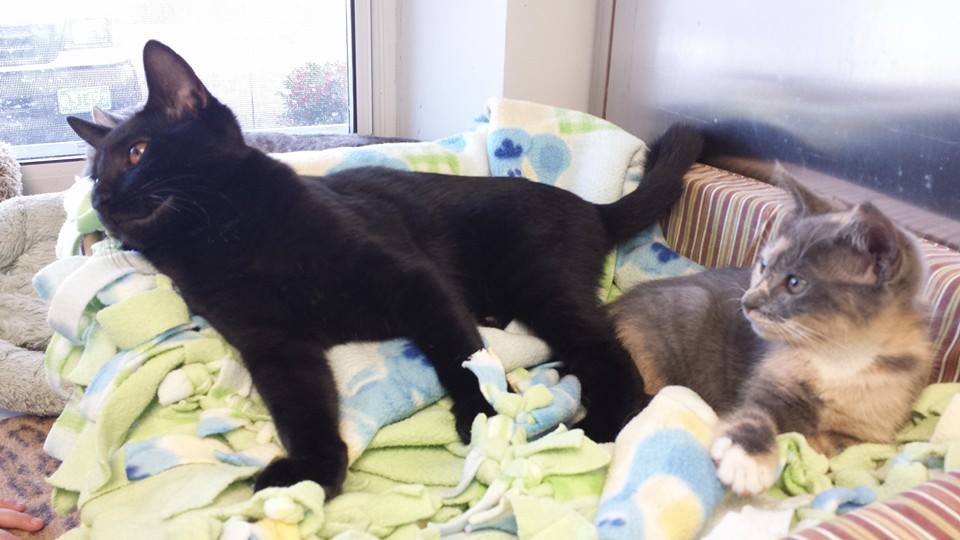 I went back to visit the cats probably 4 or 5 times in the two weeks between signing papers and actually moving into my apartment. Rebecca came with me and brought her (at the time 2-year-old) son, Jojo. He had a blast playing with the shelter kittens, and quickly fell in love with Binx and Kenzie.

Once I took them home (actually Rebecca and Jojo went to the shelter to pick them up for me while I was moving my furniture into the apartment!) they settled in quickly and it was immediately evident that they were in love with each other, and very happy. (Hnggg ❤ ❤ <3) 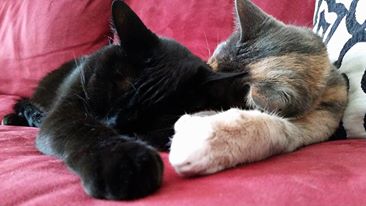 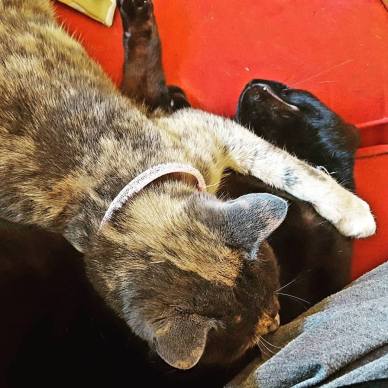 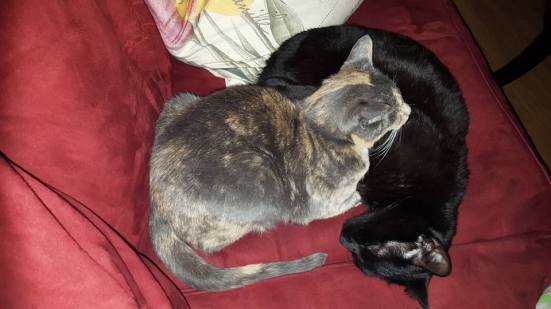 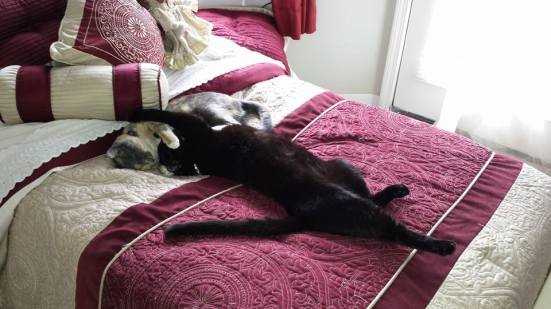 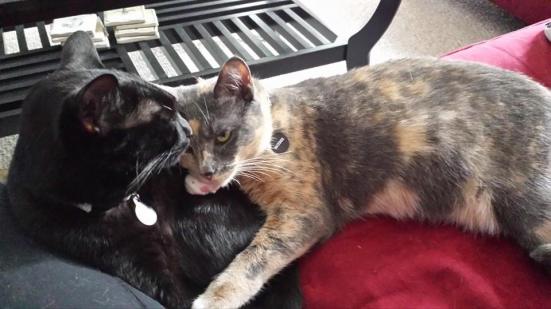 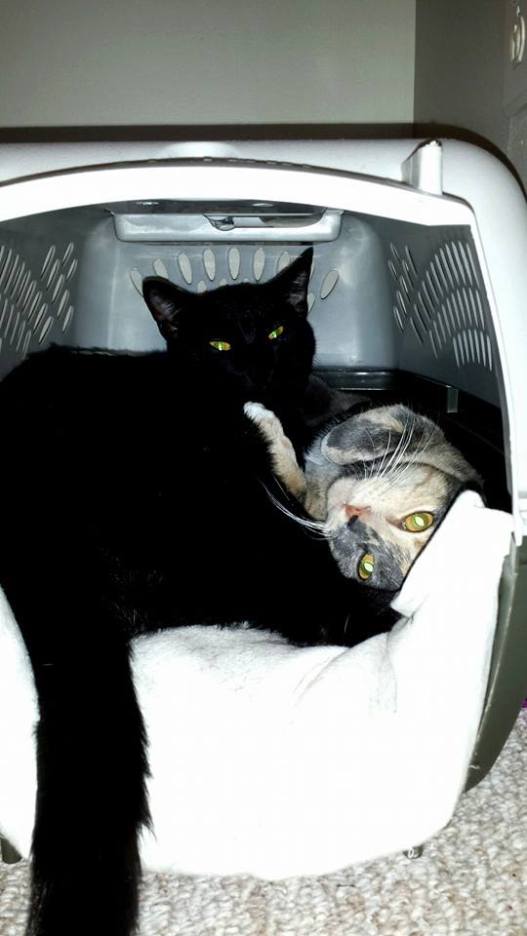 So, remember how I said that I thought was cute that he was so clingy and cuddly? Well, five years later, he hasn’t outgrown that. In fact, it’s only intensified. I have never in my life met a cat more obsessed with love, affection (and me) in my life! He goes everywhere I go, constantly underfoot and never out of reach. If I somehow manage to sneak out of a room while he is asleep, he’ll wake up, discover that I am missing, and come bolting through the house to find me.

All of my clothes have tiny holes in them from his nails (which I trim weekly, btw) because if I don’t stop to pick him up or pet him, he will climb me or jump up into my arms and cling to me with his vise-like death grip. Binx rather quickly clawed his way up from pet, to familiar–with NO respect for personal space. 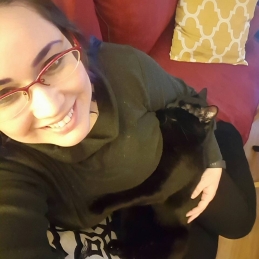 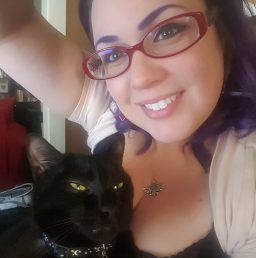 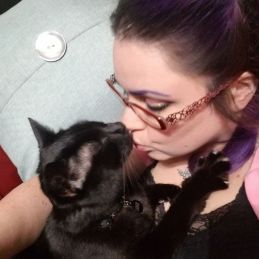 He LOVES his belly rubs… 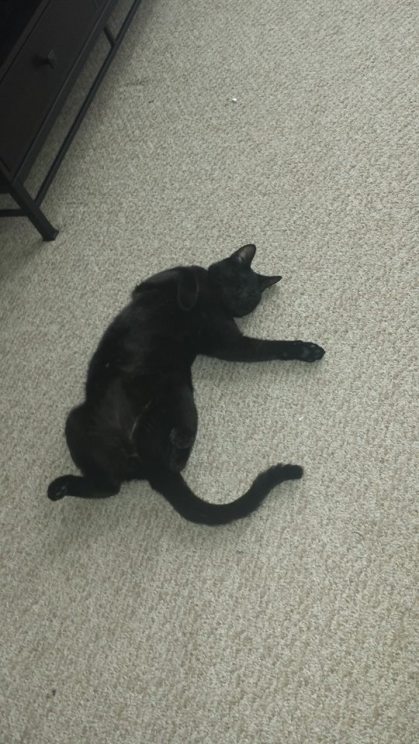 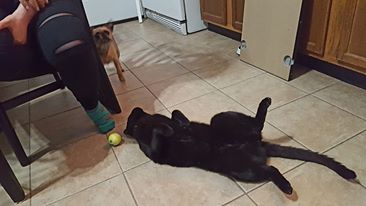 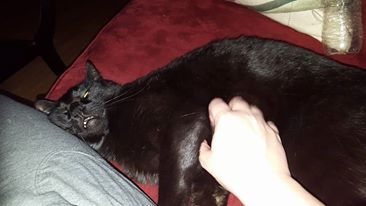 Even on the few occasions I let him come outside into the backyard with me, he never strays far and basically follows my every step, stopping occasionally to nibble grass or chase a bug. 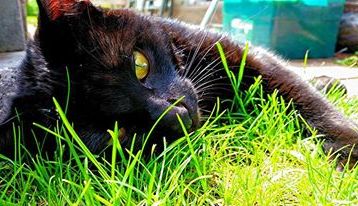 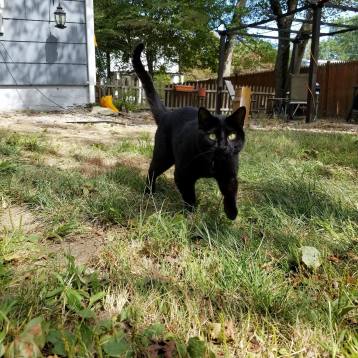 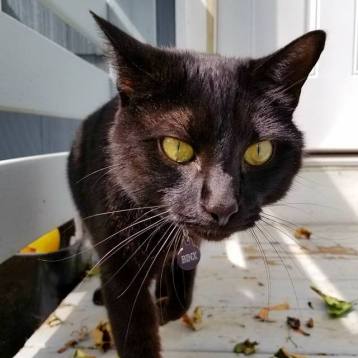 He also still LOVES Jojo, and now his little sister Emma. He also loves my newest nephew, 9-month-old Jonathan and lets him pull on his fur and smack him without complaint. (I don’t let him do these things, but let’s be real, he’s a baby and doesn’t understand gentle yet. We’re working on that.) (PS Look at how BIG Jojo is omg…) 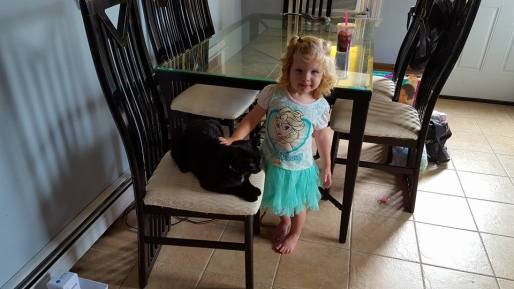 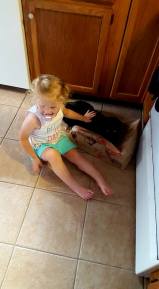 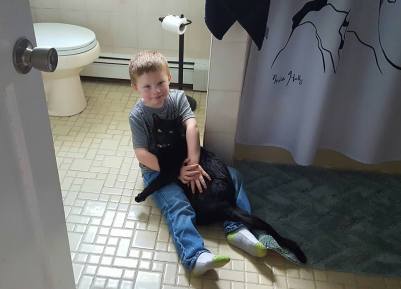 I mean, I think he grows thumbs when I’m not looking because he can open ANY cabinet in the house, any drawer in the house, AND knows how to open non-screw-top tupperware. NO FOOD WILL EVER BE SAFE. I keep EVERYTHING in the fridge, whether it’s a refrigerated item or not lmao.

He also LOVES his cats to death. Yes, his cats. I realized long ago that I don’t actually have three cats–I have one cat, and my cat has two cats. I think my phone photos are 99% Binx cuddling with one or both of his cats. 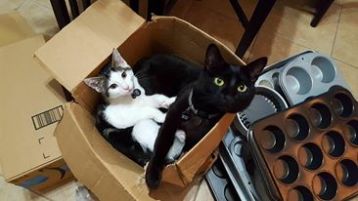 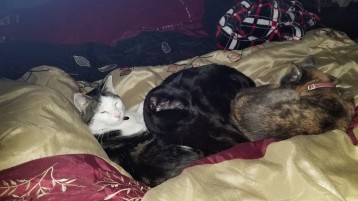 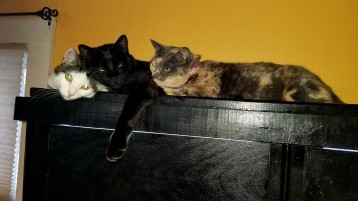 Oh, did I mention that he drools? Yeah–that’s a thing! Like, BUCKETS. Any time he comes for cuddles (which is relentlessly 24/7), he starts purring like a motorboat and drooling like a faucet–not even a leaky faucet, just a constant stream of slimy cat slobber! He’s lucky I love him, cause gross. He sleeps in bed with me every night. All three of them do, but he sleeps UNDER the covers curled up in my arms every single night, with his face tucked into the crook of my neck, or nestled into my shirt or hair. He kneads my neck or shoulder or face, and I am very thankful that he lets me trim his nails every week without complaint.

I feel like there is a LOT more to say about Binx and how intensely weird and loving he is, but I’m just going to toss a slideshow below with a few more entertaining photos of him. His birthday is March 27th, btw.

Next week I’ll introduce you to MacKenzie! ❤